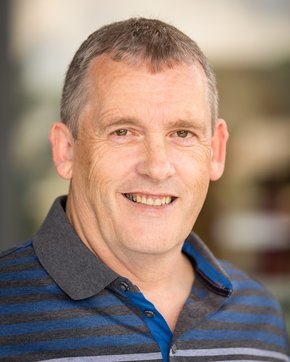 Peter Kelly, began his musical career as a member of his family singing troupe. After studying at the RSAMD and later, at the RCM opera school, he worked professionally, for a time, in London’s West End inc ‘Joseph and the Technicolor Dreamcoat’. He then ventured into television shows, such as ‘Stars in their Eyes’, and various TV Hogmanay shows in Scotland and Ireland. As well as many professional pantomimes with the likes of Stanley Baxter and Jimmy Logan, oratorios and concerts, his return to Scotland led to a 23 year stint with ‘Scottish Showtime’ during which he published his first songbook, ‘New Songs of Scotland’ which includes the well known, ‘Highland Cathedral’.

​Although singing has become a secondary part of his life now, his interest in musical theatre has never wained, however, and the opportunity to become involved the Starlight Musical Theatre Company was well timed. Peter strongly believes in the importance of bringing new and young talent to the fore in a commitment to cement the future of musical theatre, whether amateur or professional. He looks forward to being part of many successful shows ahead and forging a significant relationship with Eden Court Theatre in establishing the stars of tomorrow.