West Side Story in the Press

THERE were powerful voices to match the powerful story in Starlight Musical Theatre’s production of the Bernstein and Sondheim classic.

Dating from 1957, but always topical in its background story of tensions between immigrants and the more established population, and with its story of star-crossed lovers drawn from Shakespeare’s Romeo and Juliet, this is a show with a wider emotional range than last year’s more light-hearted Seven Brides For Seven Brothers. 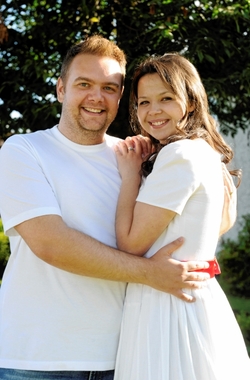 CAST and crew of next week’s production of West Side Story at Eden Court have been given a morale boosting good luck message from show lyricist Stephen Sondheim.

Sondheim, one of the most revered figures in the history of musical theatre with a record eight Tony Awards to his credit, is the only surviving member of the core creative team that brought West Side Story to Broadway in 1957.

Writing to local theatre company Starlight Musical Theatre, who are staging the show, Sondheim said: "Please tell your cast: thank you for doing West Side Story. Above all, have a good time. If you do, the audience will too. Good luck."

Sondheim’s reply came in response to a letter from opera singer Moira Harris, whose husband Steve Jones is musical director on the Inverness production.

West Side Story Packs A Punch - The Press and Journal 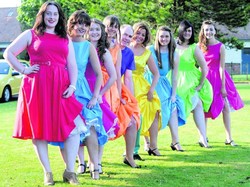 Prepared to be transported to the tension-filled streets
of New York, writes Susan Welsh

Inverness-based Starlight Musical Theatre has always punched above its weight, and delivered some knockout shows.

This time, it is taking on the show that’s regarded by many, critics and audiences alike, as the greatest musical of all time – West Side Story. 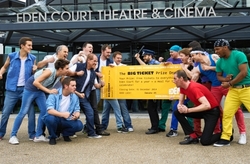 The cast from Starlight Musical Theatre’s production of West Side Story were helping to launch Eden Court ‘s Big Ticket Prize Draw today.
The Big Ticket gives everybody who makes a donation of at least £5 the chance to be entered into a draw to win the ultimate arts-lover's prize.

It includes two free tickets for everything at Eden Court for the whole of 2015 including 400 live performances, 30 different films each month at the cinema and 60 classes a week. 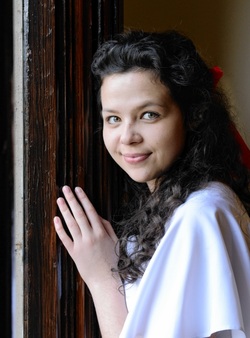 STARLIGHT Musical Theatre have solved their own problem like Maria.

The Inverness musical theatre company enlisted the help of the local press in its search for a leading lady for this summer’s production of Stephen Sondheim and Leonard Bernstein’s West Side Story.